Nearly all GKN Aerospace Engine Systems employees will recognize that the 1st of October 2013 is the first anniversary of our new company.  What you may not know is some of the history associated with our individual businesses and GKN plc.

2013 is the 254th year for GKN as a company.  Our heritage began at the Dowlais Ironworks in the Welsh Valleys of England near Merthyr Tydfil on 19 September 1759.  The original partnership deeds established the business to deal in “the Art, Mystery, Occupation and Business of an Iron Master and Iron Manufacturer.”  By the end of 1760, its first full year of operation, the ironworks produced an average of 18 tons of iron per week. 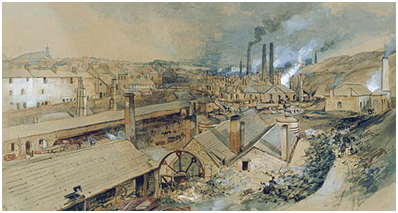 2013 is the 83rd year for the Trollhättan engine business.  Our business began in April of 1930 as Nohab Flygmotorfabriker with an order from the Swedish government for 40 Bristol aircraft engines.  In 1941 the company was renamed Svenska Flygmotor Aktiebolaget which it would remain until 1969 when Volvo acquired all shares in the company and in 1970 the business was renamed Volvo Flygmotor AB.  The company expanded its’ business portfolio and the number of locations grew and in 1994 it was once again renamed as Volvo Aero Corporation. 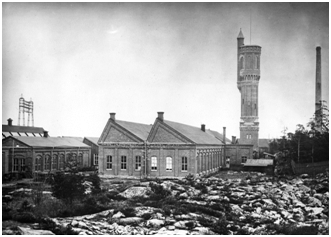 2013 is the 37th year for manufacturing operations at the Kongsberg facility.  Originally part of Kongsbergs Våpenfabrikk AS, the site began aircraft engine work for the P&W F100 as part of the Norwegian Ministry of Defense procurement of F-16 fighter aircraft.  In 1987, this business was set up as an independent company called Norsk Jetmotor AS owned by Pratt & Whitney, Snecma, the Braathen Group and the Norwegian government.  In 1999, Volvo Aero acquired the majority of the shares and in 2011 became the sole owner. 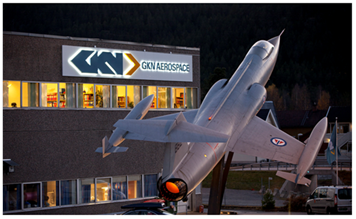 2013 is the 27th year for business operations in Connecticut.  Aero-Craft, as it was originally known, began aircraft engine component machining operations in the nearby town of New Britan, Connecticut in 1986 and moved to its’ current location in Newington in 1998.  The business became part of Volvo Aero in 2004 and was expanded in 2006 to its’ current footprint.  Plans are in place to commence a further expansion project beginning in the 4th quarter of this year. 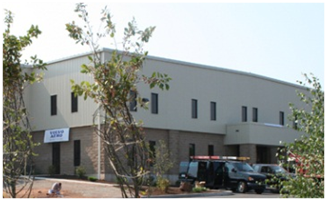 And 2013 is the 25th year for Applied Composites in Linköping.  The company was founded in 1988 at the historical Malmen airbase in Linköping with FFV Ordnance, part of the Swedish Defense organization operating in the arms industry, and later Bofors to produce advanced composite components for weapon systems.  Applied Composites also produced canopies for the Swedish Saab 105 SK60 and Saab Lansen 32 aircraft.  Aerospace Radome design and manufacturing competency was acquired from Trelleborgplast that has its’ origins back to 1957 when Lansen, the first Swedish fighter, was equipped with a radar system.  The business became part of Volvo Aero in 2007 with the objective to develop and manufacture light-weight composite engine components. 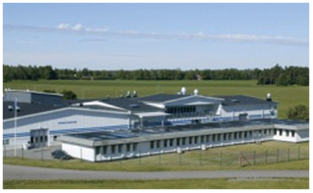 The businesses and facilities in GKN Aerospace Engine Systems have various origins and unique histories, all of which have played an important part in making our current company what it is today.  It is important that we preserve this rich heritage and take advantage of the different strengths that each bring as we address the challenges of today chart our course for the future.