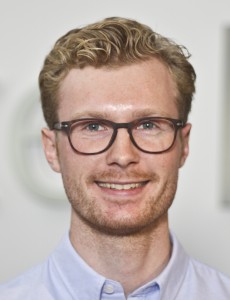 I was born in 1988 in the Swedish city of Gothenburg. There I also spent most of my childhood, apart from a couple of years in the early 90s when my parents decided to take the family on a tour down to Ghent, Belgium, to try on the life as Swedish expats.

A big interest for technology followed me from early years and into natural science studies in high school. Next up after high school graduation was a year of military service in the Swedish Armed Forces, where I served in a battalion command staff. A growing interest for economics made me take up studies at Gothenburg School of Economics and Law after my time in the military. However, the lack of technology and science in the economic studies led me to industrial engineering at Chalmers University of Technology, where I could get a little of both disciplines. My pursuit for technology and engineering did not stop with the studying, I also spent some time after school building cars at the assembly line night shift at Volvo Cars.

After working at the assembly line, it seemed fun to try something else within the automotive industry and my work in production led one summer to a position in Volvo Cars’s purchasing organisation. My last summer as a student was however spent in San Francisco, where I together with fourty other students from Chalmers University got the opportunity to take summer courses at Stanford University and UC Berkeley.

With a lot of experience from the automotive industry, I changed the line of business and wrote my master’s thesis for the marine engine manufacturer Volvo Penta, where my colleagues and I researched and analysed the global market for superyachts. As I was writing my thesis I once again decided to switch industry, this time to aerospace, and applied for a position at the young graduate program at GKN Aerospace. What caught my interest for this specific position was foremost the exciting industry, the setup of the young graduate program and the level of knowledge and engineering that could be found within the company.

In my spare time I enjoy going out to the family summerhouse on Orust, an island at the west coast of Sweden, where there are always things needing to be done with the old house or scenic views to practise my photographic skills with. If I instead stay in the city for the weekend I also appreciate meeting my friends, who are starting to return to Gothenburg after years of studies in different Swedish cities as well as abroad. Although my days as a young graduate can be intense, I still try to swing by the gym some nights of the week, after the commuter train again rolled back into Gothenburg’s central station.