Last Thursday, something rather unusual happened here at GKN: 45 girls of ages 13 to 19 years came to the company! The mission of the day was to explain the question that always appear – what does an engineer really do?

The visit was arranged in collaboration with the voluntary organization IGE Day, where IGE stands for “Introduce a Girl to Engineering”. The purpose is, as the name applies, to get more women to the engineering profession. GKN is probably not unique with more male engineers and operators than female, and even if the number of female engineering students is growing in Sweden, the most people I have spoken with agree that we need more women in the engineering business.

However, the number of women in the business you can discuss forever, but the focus of the day was of course on the exciting girls that had arrived! Most of them were there together with their class and their teacher, but some of the girls were there on their own. At arrival at 9 AM they got some fruit and juice which they brought to the aula where I greeted them welcome. Thereafter some of our female engineers spoke about their background, their way to the engineering profession and what they do today. After the presentation we went together to our big gymnastics hall to find out how you can think when you are about to develop a product and produce it.

The girls were divided into teams and got instructions to fold one paper plane each. A deep concentration and silence appeared in the hall when all the girls got to work. Each team tested their paper plane and the planes that flew the longest were chosen to be further developed. The teams created a drawing of how their plane was folded and was then assigned to mass produce the plane according to the drawing. They also got to divide the folding among them and was asked to takt the production flow, all according to Taylor’s principles and the LEAN work of GKN. The teams also got to switch drawings with each other to try to understand someone else’s drawing, something that is not always that easy. After one hour the hall was full of paper planes and it was time to move one to the next activity… 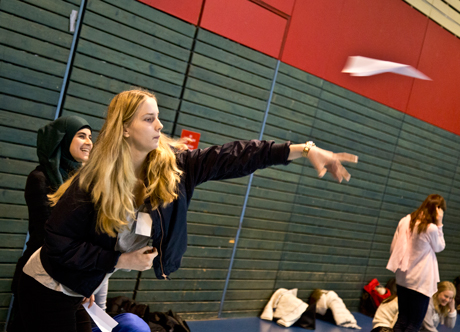 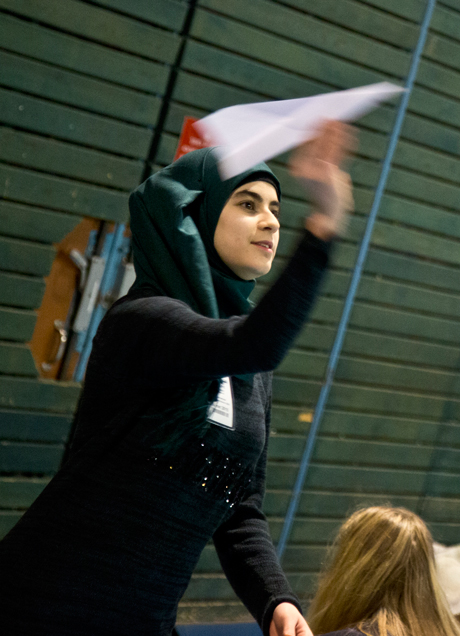 Again our visitors were divided into groups, but this time the groups were departed. The girls in the ages of 12 to 15 were sent to our Industry School which lies in our manufacturing facilities where Magnus Ek took them for a guided tour. They were also given a metallic ring and got their names written on them.

The older girls went either to one of our lecture rooms with computer or to the material lab. The latter group were introduced to the microscopes and learned about how metals look like up close. The group in computer lecture room got instead to try our CAD software. It turned out to be harder than it looks like but most of the girls were engaged in the task with enthusiasm and talent.

After the group activities the girls were offered lunch and then the visit was over. Some journalists from the local newspapers were invited and interviewed some of the girls, who thereafter happy went back to their schools. Did we succeed with our mission to explain what an engineer does? We think so, based on what some of the girls commented in the end of the day. Hopefully we have inspired some of them to choose engineering or technical educations in the future!